Skip to content
Huawei has launched the new version of Honor 9X and 9X Pro in China and there are high chances that this device is gonna launch in India in month of November or December. But, one thing to note is it was recently announced in some countries with Old Processor Kirin 710F,which is an year old Processor and not worth to compete with the current market Smartphones. So, if it is launched with Kirin 810 then i will recommend it. If it comes with 710F, don’t waste your money on this, it is not worth to the money 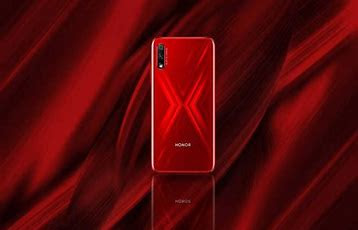 Honor 9x and Honor 9x Pro were launched in china in the month of July 2019. The Key feature of this device is the latest Processor HiSilicon Kirin 810 chipset. Which is said to be very Powerful in terms of speed and GPU. They said that it is Powerful than the Snapdragon Processor 730. The device consist of Mali G52 MP6 GPU ,Which seems good on Paper but lets see the original performance with device.
One more highlighting Feature of this device is the Notchless display, There is POP UP camera of 16MP with Motarised feature. It is the second device from Huawei with notches display after Huawei Y9 Prime.
Specification :
Honor 9x and 9x Pro comes with same features except some changes .That we Gonna see further. Both the devices comes with Kirin 810 Soc and the GPU is Mali G52 MP6. The display size is same for both , which is 6.59 inch Full HD+ display with 391 ppi pixel density. The display is LTPS LCD display in both devices. Both the devices Runs on Android 9.1 With EMUI 9.1 and in future it will get Android 10 with EMUI 10 as said by the company.
There is Side mounted Fingerprint sensor which is embedded on the power button. This is different from other devices as other other devices are launching with in display fingerprint scanners. Anyhow this is more secure than in display sensors.
There is difference in Camera and RAM Variants. The Honor 9x comes with Dual rear camera setup of 48+2MP. Where 48MP primary with f/1.8 aperture and 2Mp lens  is secondary for depth sensors. The Honor 9x Pro comes with Triple Rear cameras with a Extra 8Mp camera for Wide angle Pictures, which can take upto 117 degree of angle photos.
The Selfie camera is same for both, which is a 16MP lens of f/2.2 aperture with POP UP mechanism. The Honor 9x Pro also comes with cooling system, which will help in maintaining the heat dissipation of the phone.
The battery of both devices is 4000mah with a 10W charger provided in the box with C type port. Now they are moving towards the C type for Budget devices which is a very good move by the company. Both devices does not support fast charge.
The Honor 9X measures at 163.1×77.2×8.8mm, and weighs 206 grams. Connectivity options include Wi-Fi 802.11ac, Bluetooth v5, 3.5mm audio jack, USB Type-C port, and more. As mentioned, there is a side-mounted fingerprint sensor on board.
Varaints and Pricing :
The Honor 9x comes with different storage varaints of 4+64gb, 6+64gb and 6+128gb, which are priced at CNY 1,399 yuan(Rs.14000), 1,599 yuan (Rs.16000)and 1,899(Rs.19000) yuan respectively. Honor 9X has been made available in Midnight Black, Midnight Blue, and Red colour options.
The Honor 9x Pro comes with single Ram variant but different storages, one is 8+128gb, Priced at CNY 2,199 yuan (Rs.22000) and 8+256gb of 2,399 yuan (Rs.24000).It will be available in Midnight Black and Phantom Blue colour with a gorgeous X design.