Skip to content
The War between Huawei and US is not gonna stop as US companies are not ready to collaborate with Huawei. As Huawei said that Harmony OS is not made compatible for the Phones, it says that they will not gonna launch mate series with this OS. But what will Mate 30 Series get in the OS.
In a news I have heard that Huawei is launching this device with the Android Open source version. It means Huawei mate series will not get the Google services like YouTube, Play movies, Music etc… Can Huawei Survive without Android services? Comment it below. 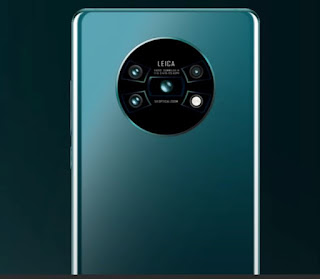 The event is placed on 19th of September in Germany. It is first device which will get the Hisilicon Kirin 990 5G chipset. But I think Huawei will get in trouble to sell this device without licensed Android. It will get a 6.8-inch full HD AMOLED display. The phone will be available in 8GB and 256Gb storage and one more variant. It will have the powerful GPU Mali-G76 MP16. There will be small chin Display which will smaller than the Mate 20 series.

It will have Quad Camera setup, where 40 MP will be primary camera of variable aperture with sony IMX 600 sensor, a 40 MP wide camera which will capture 127 degree depth of view, a 8MP telephoto lens with OIS and 5x optical zoom and last camera will be a TOF(Time of flight) camera.
All the cameras will be placed in circular Bump with a Flash light. The front camera will be of 32 MP for capturing selfies. The camera features will be discussed when the device gets launched.
It will have a 4500mAh battery with a 40w Supercharge support. It will also have support of wireless charging and you can also buy charger from Huawei with support of 27w. It will get a USB Type-C and a In-Display Fingerprint scanner and second generation Huawei Face-ID.