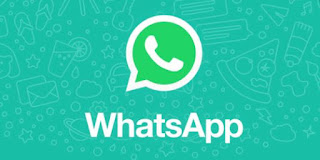 Watsapp regularly update its app for Android and iOS apps. Recently they have rolled out the Fingerprint Unlock feature to increase security. They daily update the beta version of the both platform apps and tests many features.

Watsapp will be adding boomerang feature on its messaging app. This features is used widely in the Instagram app. This feature will let users make short videos in boomerang. Users can make Boomerang within the app, which is quite similar to GIFs feature in the Watsapp.

This feature in the Watsapp is known to be a self-destructing messages. It will make the messages disappear from the chat history after a period of time, we can set this period of time as we want. Still this feature are tested for group chats for a interval of time of 5 seconds and 1 hour. There are also some reports for testing this feature in the Private chat.  Some users have got this feature which disappears the Group chat messages and said it is released in the beta program version 2.19.275. This indicates that it will be made available soon to other users.

This is most rumoured feature of the Watsapp app and many alpha users have got this feature on their mobile phones as confirmed by some iPhone users. This could be an interesting feature and quite helpful too. This will make the whole app dark , it will protect our eyes and it will also consume less power. This will first customisation feature in the Watsapp.

I kept this in the last because this feature has arrived for users in the stable version to use for both iOS and Android users. First it was only available for the iOS users with Face ID and Touch ID. Now this feature is made available for all users on both platforms.

1 thought on “WatsApp to roll out disappearing message feature and many other features : Check out”