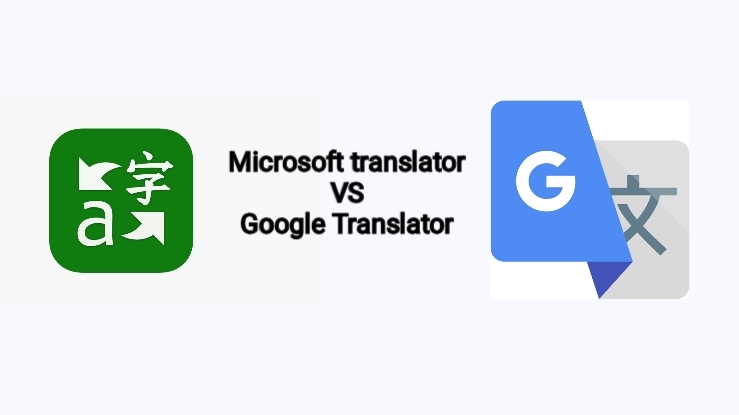 Google translator and Microsoft translator both are the most popular translators from two tech giants in the world. Today we are going to compare the two, which one is more accurate and translates more natural. Check this yourself too after reading this post, I will drop the links down of the websites.
Today, we will make War of Words between both the translators and check how well they respond to the words from English to Hindi. Before starting let’s see how many members use them around the world.
Google Translator – 500M+ Downloads and it translates more than 100 languages for translation.
Microsoft translator – 10M+ Downloads and more than 60 languages for translation.
This result is only on the Google Play Store there are many users more from App store and Web Browsers. Every second a 1000+ words are translated around the world.

Let’s Start the War of Words :

So, here we start translating some usual words and we will see how they respond to them.

Here you can how Google translated and How Microsoft has done. There is a huge difference between both of them. Google has done it as how we talk with the persons and sentence formation is also correct. But Microsoft is struggling to translate and in the formation of the sentence. Maybe it is because of they are new in the Translator field mainly in Hindi translation.
Both have translated each word and translation of each word is current they are not in form with the Microsoft. It states that how Google is far better than Microsoft not only in translator, in other fields too.
If you like my work. Please leave a comment and tell What can I add more.