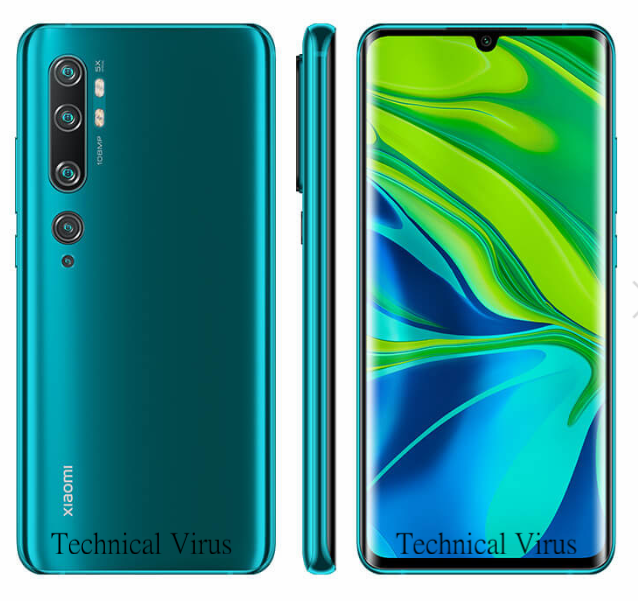 DxOMark has awarded the Mi CC9 Pro a net score of 121, which puts it jointly at the top with the Huawei Mate 30 Pro. The DxOMark of 121 points puts the Mi CC9 Pro above of some very capable phones like the Samsung Galaxy Note 10+, Samsung Galaxy S10+, Huawei P30 Pro, and the Google Pixel 4. The Mi CC9 Pro has achieved 130 for still photography and 102 for video recording. Mi CC9 Pro’s video score of 102 is the highest score awarded to any phone in DxOMark’s database.

The display is 6.47-inch Super AMOLED panel with Full HD+ resolution of 1080×2340 pixels and a 19.5:9 ratio. The back is made up of 3D curved glass and has rounded corners and tapered edges.
The Mi CC9 Pro runs on Snapdragon 730G, which is an octa-core CPU with two performance cores running at 2.2 GHz and six cores running at 1.87 GHz. The Processor is built on 10nm technology.
The Mi CC9(Note 10) Pro has an impressive 5,260 mAh power cell that will charge to 58% in 30 minutes and to 100% in 65 minutes thanks to the 30W PD fast-charging. Running MIUI 11 on top of Android 9 Pie, the Mi CC9 Pro will be sold in Aurora Green, Glacier White, and Midnight Black colours.

The biggest point of the Mi CC9(Note 10) Pro is the Penta cameras on the back. Five lenses and two dual-LED flashes are working to provide something great for all the fans. The 108 MP camera uses a Samsung ISOCELL Bright HMX sensor, and first introduced in the revolutionary Mi Mix Alpha.
Xiaomi proudly announced there is an F/1.7 8P lens(available in Premium Edition), making the Mi CC9 Pro the first smartphone in the world with such a lens. Along with the 1/1.33-inch sensor for low-light performance.
There is also a 20-megapixel wide-angle camera with a 117-degree field of view, a 12-megapixel telephoto lens, a secondary 5-megapixel telephoto lens, and a 2-megapixel macro camera with an f/2.4 aperture that is capable of clicking images with a minimum subject distance of 1.5cm. Zooming capabilities include up to 5x optical zoom, 10x hybrid zoom, and 50x digital zoom.
It was found that the Mi CC9(Note 10) Pro’s dual telephoto cameras delivered good zoom performance, and the autofocus performance was also conspicuous and accurate. Bokeh Effects and Distortion is kept to a minimum in photos captured by the wide-angle camera. Night shots taken by the Mi CC9 Pro were found to produce natural skin tones and in most cases with the help of 4 LED flashes technically. The colour reproduction was found to be pleasing overall.
On the front is a 32-megapixel camera with an f/2.0 aperture. Front camera features include AI Beauty, AI Portrait, Palm Shutter, and more.