Skip to content
Realme just announced its flagship X2 Pro handset in India. And, while the X2 Pro offers flagship specs at a more-than-reasonable price, it doesn’t stand alone. The Redmi K20 Pro and Asus Zenfone 6 or 6z in Indian markets are capable of matching X2 Pro’s value proposition. Which of these two smartphones offers the best value and price-performance? 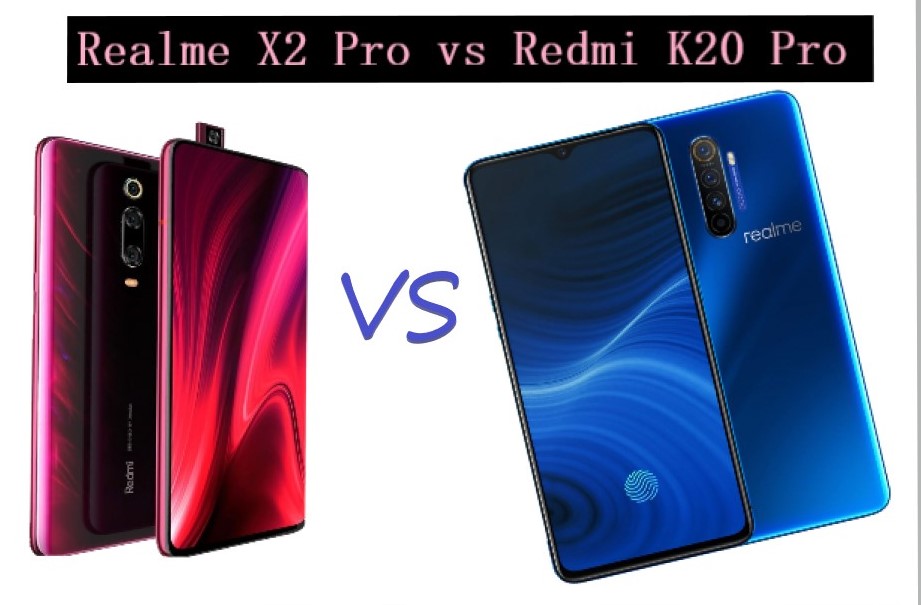 The Redmi K20 Pro clearly has the upper hand over the Realme X2 Pro, concerning to the price. However, price isn’t as important as value. And Realme offers so much more in terms of value – A stunning display, an impressive camera, blazing-fast performance, and even faster charging on a pretty sizeable battery. In terms of value, the improvements that come with the X2 Pro make up for the heftier price. Let us learn in detail.

In terms of design, both the smartphones are pretty evenly matched, opting for Corning Gorilla Glass on both the back and front as well as an aluminium frame. However, the Redmi K20 Pro get a notch-less screen with slim bezels, while the Realme X2 Pro gets a small waterdrop notch or U-drop notch.
In both the devices, the Redmi K20 Pro features a more edgy finish. The Realme X2 Pro, mainly, the Lunar White finish delivers a nice balance between style and class. Design and finish on the devices would depend on users preferences.

When it comes to performance, none of these three phones is going to disappoint. Both the phones have an undeniable good performance ratio with flagship Qualcomm Snapdragon 800 series chips. But while Xiaomi packs a Snapdragon 855 chipset, Realme comes with Snapdragon 855+ SoC, which delivers a marginal increase in performance. Moreover, the UFS 3.0 storage standard on the X2 Pro, guarantees faster read/write speeds.

Both Realme and Redmi comes with Super AMOLED display panels. Both Smartphone panels feature 100-per cent DCI-P3 coverage and HDR10 support. But if we had to pick one, it would definitely be the Realme X2 Pro. Especially considering, it offers 1,000 nits of peak brightness as well as a 90Hz refresh rate. There is also the matter of display design as realme consists of a Notch display.

For photography, the Realme X2 Pro comes with a quad-camera setup at the back with a 64-megapixel primary camera. Other sensors include an 8-megapixel ultra-wide-angle sensor, a 13-megapixel telephoto sensor, and a 2-megapixel depth sensor. For selfies and video calling, there’s a 16-megapixel camera at the front.
Redmi K20 Pro, on the other hand, comes with a pop-up selfie camera, which packs a 20-megapixel sensor. At the back, there is a triple camera setup, which includes a 48-megapixel Sony IMX586 sensor with an f/1.75 aperture, an 8-megapixel telephoto sensor and a 13-megapixel sensor with a wide-angle lens.
But if you tend to use the front camera a lot and selfies are your top priority, go with the Asus 6z. The flipping camera module on the 6z allows you to use the two rear cameras as front shooters, which means detailed selfies, capable of competing with results on the premium handsets from Samsung, Apple, Google, and Huawei. Moreover, the ultrawide lens will let you fit even more into your frame.

In terms of battery life, there is 4,000 mAh battery capacity on the Realme X2 Pro and Redmi K20 Pro. But Realme has managed to pull another rabbit out of the hat with the X2 Pro, offering 50W fast-charging support, which gets the phone powered up little-fast in half an hour. Yes, 0 to 100 per cent in about 30 to 40 minutes.

All the handsets were launched with their respective company’s custom User interface(UI) over Android 9 Pie. However, the Redmi K20 Pro has already been updated to Android 10 with an MIUI 11 skin. The Realme X2 Pro won’t receive an Android 10 update until 2020. So, in terms of software, Redmi has an edge. The Realme X2 pro will come with Color OS designed by the Realme itself, it means the software design will be different from Oppo’s Color OS.