PUBG BANNED WITH OVER 118 APPS 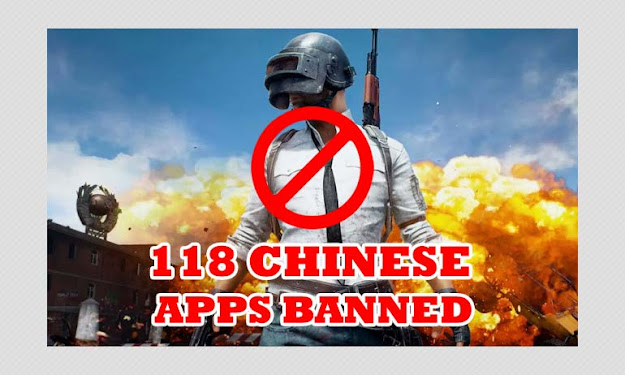 New Delhi: PUBG MOBILE, a wildly popular game in India and All Over the World, was among 118 Chinese apps blocked by the government Of India today amid tension with China over fresh provocation in Ladakh(Galvan Valley). The move was in the interest of India’s sovereignty and integrity, defence and security, the government said in a statement.

This Will Also Promote Our Indian developers to Get a chance of Developing a Game LIke PUBG Mobile or the better version of it. It is Very Good move by the Indian Govt and to help the Economy Of our country in some ways.

PUBG Banned in India: The Ministry of Information & Technology banned PUBG and 117 other mobile applications on Wednesday. According to an official statement, a total of 118 apps has been banned by the ministry of information and technology in India. The statement says

Government blocks 118 mobile apps which are prejudicial to sovereignty and integrity of India, Defence of India, Security of State and Public Order

They are engaged in activities which are prejudicial to sovereignty and integrity of India, defence of India, the security of a state and public order. This decision is a targeted move to ensure safety, security and sovereignty of Indian cyberspace.”

The statement referred to bipartisan concerns flagged by various public representatives in parliament and outside. It said there had been a strong chorus in the public space to take strict action against Apps “that harm India’s sovereignty as well as the privacy of our citizens”.

The other Apps blocked today include games, online payment services, dating sites and even software to edit selfies. The move comes a day after the government accused Chinese troops of provocative action again in the South Bank of Ladakh’s Pangong Lake. Chinese troops had made a similar attempt on August 31 but Indian soldiers were able to foil them both times, said the government. There have been a series of clashes and showdowns in Ladakh with China in recent weeks. In June, 20 soldiers died for the country in a clash at Galway Valley. China also suffered casualties. The PUBG MOBILE India series for 2020 had a total prize pool of above ₹ 55 lakh and with the player base and international investment, it was projected to grow.

Check out the Games, which are similar to the PUBG Mobile.