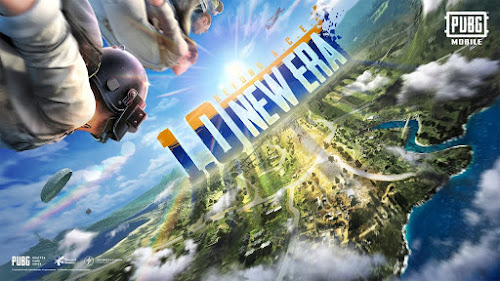 HOW TO UPDATE PUBG MOBILE

We have completely overhauled the user experience with new player controls and visual experiences!
Royale Pass Season 15: BEYOND A.C.E. is available on September 14th!
Interact and have fun with your friends in the new Cheer Park and Training Ground!
Version 1.0.0 which features New Erangel will be available for PUBG MOBILE starting on September 8.The server will not be taken offline for this update. This update requires approximately 0 GB of additional storage space for Android and 1 GB of additional storage space for iOS. Players on different versions are unable to invite one another, so please update as soon as possible.

Update the game between September 8 to September 13 (UTC +0) to get:

Updated the sky, land, water, and vegetation to be more realistic and detailed

Changed the structure of some buildings.

Adjusted the structure of some urban areas to give players an even better experience when attacking and defending. Some buildings now feature basements, and players will have to smash the wooden door of the basements with their weapons before they can enter.

3. It can be equipped with the Shotgun Muzzle or Bullet Loop attachment and is currently the most efficient      Shotgun to use in combat.

4. Ammo can be manually reloaded which allows everyone to adapt to emergencies that might catch you          by surprise.

5. Only appears on Livik on the Classic Battle Royale Map and Arena, along with other shotguns.

9. Improved display of details when Monster Truck is seen from a distance.

14. Reduced advantages of the scaffolding opposite the waterfall.

15. Increased water depth above the waterfall.

16.Slightly increased the density of vegetation in the upper left area.

17. The large boat is replaced with a speedboat, which refreshes, and can be used in narrow waterways.

21. Fixed bugs with clipping, floating objects, and gaps in the terrain.

22. Fixed a problem with Monster Truck becoming stuck in walls.

23. Fixed a problem with trees disappearing.

1. Some mysterious Energy Towers survived the Implosion and remain on Erangel. Players will be able to        redeem supplies at these Energy Towers by meeting certain conditions in combat.

2. During the event, players have a chance to enter this mode during Erangel matchmaking in Classic Mode.

1. Fully armed vehicles, including the new armed helicopter, will provide massive firepower for you and            your squad. Take the base and find the brand new Super Weapon Crates to gain heavy weaponry and          new powerful items. Finally, the Advanced Communication Towers will allow players to recall defeated           teammates which can turn the tide of battle.

Infection Mode is back!

1. Improved and expanded the scope of spectators’ enemy visibility detection.

3. Improved the process and tools for the release and launch of the security policy to react and combat new hacks more swiftly.

Improved the accuracy of hair on players’ characters to make it look more natural and layered.

2. Improved ease of switching between actions in mobile mode.

3. Improved display of gun-checking during standby.

4. Improvements for more natural transitions between animations during parachute drop and landing.

6. Improved building and terrain transitions between zones for better blending.

7. Improved quality of lighting, giving vegetation and the sky a more layered look.

8. New water surface optimizations, with reflections and gradual changes at the coast.

Made improvements to target a lag issue that is triggered the first time a player hits another player in battle.

Slightly faster rate of fire and added a Scope guide. This weapon can be equipped with a Red Dot Sight or Holographic Sight.

This weapon now spawns on the ground instead of in Air Drops.

1. Better transitions between standing and crouching.

2. Use of Med Kits only end when the control is pushed into the sprint position.

4. When Jump Following, view angles can be changed by swiping on the right side of the screen.

Improved the sliding action in Arena so that players can change the direction of sliding based on the direction they are moving  when they slide.

There are now separate settings for Lobby and Combat graphics.

Once the Monster Training Ground is unlocked at Cheer Park, the Halloween season will bring even more changes. Players who enter the Training Ground will need to repel waves of monsters in a new foggy night time environment.

After players finish defending themselves from the monsters, the score they obtain will be displayed on the Training Ground Rankings.

During Halloween, Cheer Park and other locations will have Halloween decorations