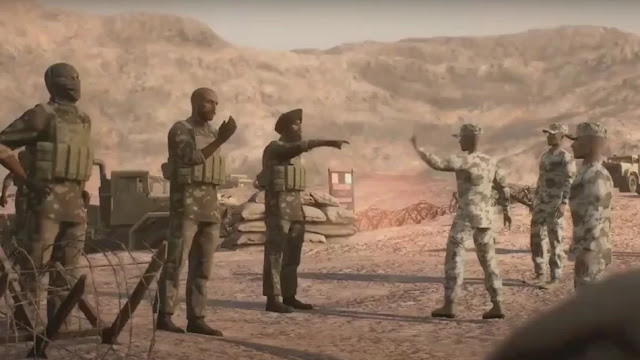 A teaser of the upcoming game FAU-G has been released on Dussehra. the first episode is based on Galwan Valley incident which is visible in the teaser. So far, there have been no major revelations about the game as the trailer does not show the gameplay or weapons used. The teaser shows glimpses of the first episode ahead of its release.

“There’s a belief that Indian game developers can’t produce good quality games, at nCore we want to prove that mentality wrong and bring out games that can compete with international games,” Gondal said. “Our team of developers are highly qualified and capable of developing games as good as PUBG or any other international games.

” In the one-minute-long video, there was a glimpse of combat without weapons. The graphics of the game do not look top-notch in the teaser that was also shared by Bollywood actor Akshay Kumar. However, it is still in the early stages and there may be some changes to it.

Earlier this year FAU-G was announced amidst the anti-china sentiment in India due to the tension on the border which led to the popular battle royale game PUBG getting banned among a long list of Chinese apps. Later, Gondal clarified that the game was always in the pipeline and was not a knee-jerk reaction after the ban on PUBG or the call for homegrown apps under the Atma Nirbhar Bharat campaign.